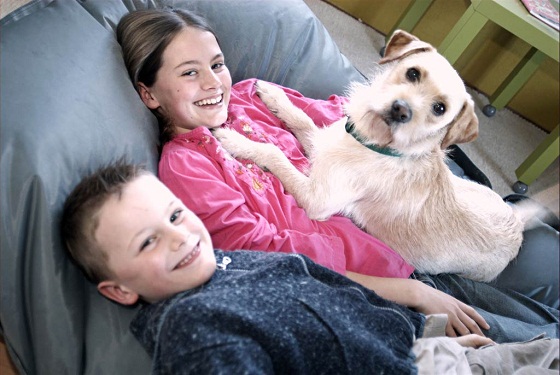 Mr. Scoop is lying peacefully over his owner’s bed, as always. The woman then puts on a coat, grabs a purse and announces, “Bye-bye, baby boy. Mommy’s got classes. I’ll be back soon”. Before leaving, she requests “Give mommy a kiss”; and the dog, naturally, complies.

According to a survey conducted in the US, half of the pet owners have conversations to pets. What’s more, eighty percent of the people who talk to animals affirmed that the pets appear to answer with sounds, body language or facial expressions. Besides, eighty percent of polled pet owners alleged that their cat or dog could sense their emotions, and three out of four even believe that their pet attempts to cheer them up if needed.

Studies have shown that those who talk to pets may be on to something.

“Conversations with your pet can help you nurture and strengthen the bond between you and your pet”, explains Linda Cole, who writes a blog about pets. “Of course they don’t understand everything we say, but they can and do pick out the words that mean something to them”.

Indeed, it has been proven that the average dog can understand about 165 diverse words, and this number can go up if the canine is trained. .Three years ago Chaser, a very impressive border collie, learned the names of 1022 items, becoming the animal with the highest vocabulary. Before Chaser, another collie called Rico became famous for responding correctly to 200 words.

Dogs understand basic commands like “Sit”, “Come here” or “Go”, and a variety of others terms, as long as they are tangible words rather than abstracts ideas. For instance, most dogs can tell that a leash if the object they wear to take a walk. However, they probably don’t know that the purpose of that object is to restrain them so they don’t run away. Also, it’s much easier for a dog to learn those terms that are associated with concrete actions or objects, especially those related to eating or playing.

Also, Intonation and volume are paramount. If you say “You’re a bad dog” with a smile and in a sing-song voice, your pet will take it as a compliment.

Nevertheless, talking to a pet seems to have little to do with being understood. It appears to be more about expressing emotions and venting.

On a forum where the topic of talking to pets was being discussed, a person identified as Peacebe2me said “Today I had a very bad day, and I had a long talk with the dog about how I felt about some people, and other things going on. I don’t know if he understands or not, but I sure feel better” While a pet-lover identified as C.S. stated “Pets listen when you want to talk about your feelings, even when your mate doesn’t want to hear it anymore”. And another dog owner identified as wwdiup1 said ““I talk to my dog because she’s the best listener, never interrupts!”