BlackBerry Limited is planning to ask Ontario Securities Commission and Securities and Exchange Commission to investigate what it claims to be a misleading and fault report regarding the retail rates of the Canadian firm’s new Z10 smartphone. The report was published on Thursday by an institutional research and wealth management group of Boston known as Detwiler Fenton. BlackBerry shares declined with this report. However, the research firm has rejected this criticism. Nonetheless, this is a serious blow to the already struggling BlackBerry. Formerly known as Research in Motion Ltd, the company is relying on the Z10 and other smartphones in the BlackBerry 10 line for halting the precipitous decline the company has been going through. 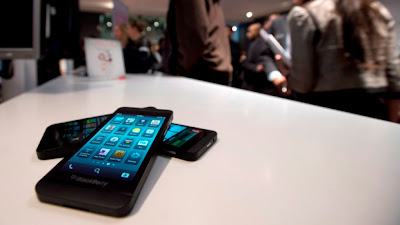 The Canadian company is struggling to compete in the market, where devices of Apple Inc. and Samsung Electronics have become a dominant force. The chief executive of the company, Thorsten Heins stated that the sales of the new Z10 smartphone were meeting the expectations and the data collected from the carrier and retail partners indicates that customers are also satisfied with the new device. He further added that the return rates were either below the forecast or meeting it, which is in accordance with the industry. He said that suggesting otherwise was willful manipulation or a complete misreading of data.

The CEO said that this conclusion was not based on fact and the company would be challenging it. The Chief Legal Officer of BlackBerry, Steve Zipperstein stated that the company and its shareholders were harmed by the false and misleading reports about the Z10 return rates in the United States. Therefore, he said, that the appropriate authorities were being consulted to start off an investigation. He asserted that having an opinion regarding the various competing products in the market is acceptable. However, deliberately purveying false statements for influencing the market is not acceptable at all.

Detwiler Fention, the research firm was not unnerved by the criticism and said that it trusts its research methodology and would welcome an investigation. The company has been consistently bearish regarding BlackBerry. The chief compliance officer and general counsel of the research group, Anne Buckley said that they weren’t the only one who was releasing reports regarding the customer response, sales and the return rates of the new smartphone of BlackBerry. She also clarified that neither any director or officer nor the research analyst held any financial interest in the BlackBerry maker.

In a report it was published by the research group that retail partners were listing a significant increase in the returns of the BlackBerry Z10 and in fact, the returns were increasing to a point that they were exceeding the sales of the new device. This phenomenon hasn’t been seen. It was reported by the analyst that customers were complaining because of the lack of apps, the map app and the user interface. Moreover, some customers also said that the phone tends to slow down. The firm said that the company was already facing a battle in luring customers and with the high rate of returns, it would be impossible for it to gain back market share.