BlackBerry Q10 Sold Out in Britain and Canada; Analyst! 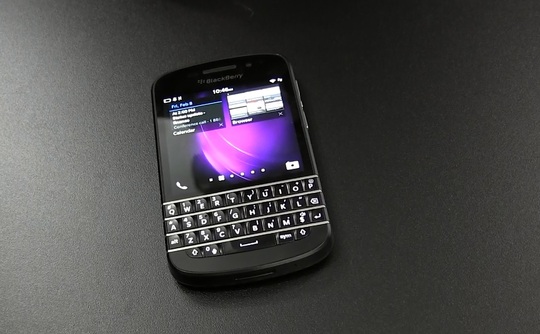 Formerly known as Research in Motion Ltd, BlackBerry Ltd is a Canadian wireless and telecommunication equipment company, which is well-known all over the globe because of its BlackBerry line of smartphones. The company was once a pioneer in the smartphone industry and its devices were in high demand. However, tough competition caused the company to lose its lead in the market and it fell behind. Nevertheless, the company attempted to make a comeback with its BlackBerry 10 line that was launched in January of this year. The first device was the Blackberry Z10 that was a touch smartphone like its competitors.

The second is the Q10, which is more like the traditional BlackBerry smartphones. The response to Z10 wasn’t very positive, but the same cannot be said for the Q10. The physical keyboard of this smartphone is a prize feature for the fans of the Canadian smartphone maker. According to an industry analyst, the phone is selling quite well in both Britain and Canada after its introduction this week. Peter Misek, an analyst of Jefferies said that there were broad sellouts of the phone and stock was becoming limited quite fast. Store checks have indicated that the BlackBerry Q10 has been sold out in some stores or has limited availability in the UK and Toronto.

A ‘buy’ rating has been placed on BlackBerry’s shares by Jefferies and according to the research firm it had used top retailers and mobile carries in both the countries for collecting its data. Some of the important names include Orange, Vodafone and Carphone Warehouse in Britain and Telus, Rogers and Bell in Canada. The Canadian company is hoping that its new smartphones will help it in gaining back market share that it had lost to Samsung Electronics’ Galaxy devices and Apple Inc.’s iPhone. The shares of BlackBerry have also been rallying positively.

This report of Jeffries came only a day after the BlackBerry 10 devices and Samsung mobile devices were given security clearance by the Pentagon for being used on the US defense department networks. It was also announced by Pentagon earlier this week that it would also be clearing the devices of Apple Inc. that were based on the iOS 6 system at some point in the month of May. This move by Pentagon will set the stage for a furious battle between Samsung, Apple and BlackBerry for the orders of the defense department. So far, this segment has been completely dominated by BlackBerry.

The Pentagon stated that the purpose of opening up its networks to a wide array of mobile devices is simply an effort to ensure that the latest telecommunication technology can be accessed by the military instead of restricting itself to a specific equipment vendor. The approval of the Pentagon was of the utmost importance to BlackBerry because it paves way for the company to market its devices to other security-conscious financial, legal and government clients. It was announced by Clifford Chance, the international law firm last week that around 1600 BlackBerry 10 smartphones would be given to its employees.