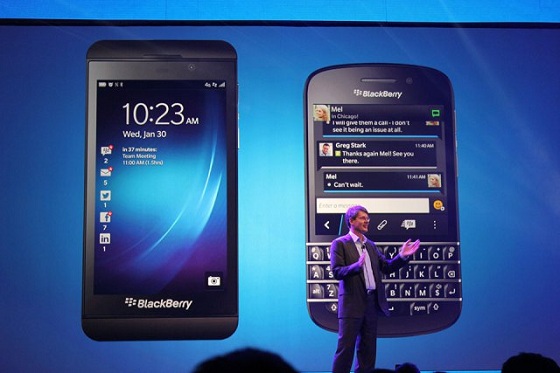 Previously known as Research in Motion Ltd, BlackBerry Ltd is the manufacturer of the BlackBerry line of smartphones. The company was regarded as a pioneer in the smartphone industry and its phones enjoyed immense popularity in the market. Nevertheless, with the introduction of other smartphones from companies like Samsung and Apple, BlackBerry phones lost their position in the market. After struggling for a few years, the company launched a touch-based smartphone in January of this year, which is in line with the consumer demand. The BlackBerry Z10 remained three years in the making. Nonetheless, the success of this launch is still uncertain for the company.

Regardless, the company is gearing up for another of its release of the year; the BlackBerry Q10, which is equipped with the keyboard and resembles the traditional design of the BlackBerry smartphones. This new device will be coming to Canada and UK first, just like the Z10 and will later be available in the US. The company announced that carriers in Canada will start selling the new device from 1st of May while it will be available for shipping in the UK as early as Friday. The company is banking on the success of its new line to regain its lost market share.

In order to remain true to its image, the Q10 has been released, which looks very much like BlackBerry Bold that was once highly coveted since its launch in 2009. However, the Bold series were the last of the line to run on the old operating system of the company. The Q10, as opposed to it, will be running on the operating system designed by the company, BlackBerry 10. Apart from that, the new device will also boast a classic physical keyboard, along with a small touch screen. The phone will be competing with other high-end devices in the market as it will be priced at $200 with a multiyear plan.

The company is counting on the keyboard-loving users to snap up this model as soon as it’s out on the market. The keyboard-equipped smartphones still have a big market and it is dominated by BlackBerry Ltd. The only problem is that the market is shrinking fast in face of competition from touch-based phones. The market of keyboard-based smartphones was 62.8 million units last year, according to IDC, which was a down from the 100.2 million units the year before that. BlackBerry Ltd currently has 47% of the market and shares it with Nokia and other Asian manufacturers.

The market of touch-based smartphones has jumped up to 650.1 million units form the 372 million units in 2011. BlackBerry only has 3% of this market. Nonetheless, the shift in market is understood by the Canadian smartphone maker, which is the reason they introduced the Z10 before the Q10. With the touchscreen device, the company had to make an extra push in terms of advertising, but it can count on the loyal customers who love its traditional and classic keyboard design of smartphones. However, the phone has to be in touch with the market in order to succeed.