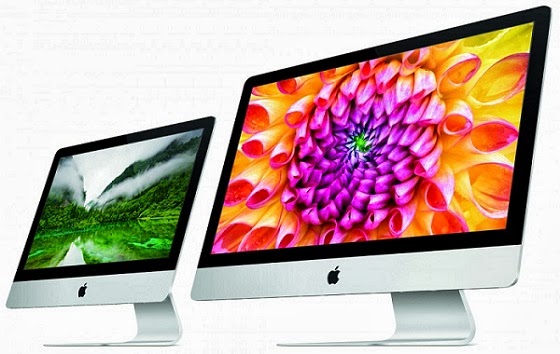 When it comes to predicting what Apple Inc., one of the most secret tech firms has up its sleeve; an analyst by the name of Ming-Chi Kuo, part of KGI Securities has an absolutely formidable record. On Saturday, Mr. Kuo forecasted that the iPhone maker will be releasing a new ‘budget’ version of its iMacs by 2014. Apple had surprised its users on September 24th, 2013, when it had announced that it would soon be releasing an updated iMac among its new cheaper iMacs. The Senior Vice President of Worldwide Marketing of Apple Inc., Phillip Schiller had made the announcement in a press release.

He had said that the iMac was a perfect example of how fast, beautiful and fun a desktop computer could turn out to be. He had added that the new iMac would have faster graphics, the new Intel processors and its faster PCle flash storage, all contained within its ultra-thin aluminum enclosure. A number of updates were announced to the iMacs and the prices were also revised a bit. However, there was no show of any enthusiasm amongst the iMac users even after these updates. According to the sources of Mr. Kuo, Apple wishes to boosts its market share in the PC market and will therefore develop a range of affordable and entry level desktop computers.

Even though it is an excellent computer, the cheapest of the iMacs still costs about $1299. Thus, for many consumers, it can be a huge investment. It can be a very big investment, considering the fact that analysts are predicting a post-pc world. If the forecast of cheaper iMacs is to be believed, it wouldn’t be the first time for Apple to make its Mac line easier to afford for its customers. Along with the Mac, Apple had used to sell eMac, which was a cheaper and no frills version of the former.

In addition, the company had also offered MacBook Notebooks in black and white and made from polycarbonate along with the MacBook pros. As a matter of fact, this particular line was discontinued in 2010. The analyst is predicting that the overall iMac shipments will be increased because of the reported budget iMac. An increase of about 10 to 20 percent over every year will be seen. He is of the opinion that the iMacs failed to penetrate the non-US market because they were priced too high. Therefore, in order to tap the potential of the non-US markets, Apple will be releasing its budget iMac model.

The company is hoping that this new model will echo the successful release of the budget iPhone called the iPhone 5C. However, the low budget iPhone doesn’t seem to be doing that well. Regardless, Apple might also be considering a change in the pricing strategy of its iMac line in order to overcome the effect of the US partial government shutdown that has been placed as it might trigger a slowing down in the market. The predicted halt in personal spending will not be beneficial for consumer-driven companies like Apple.