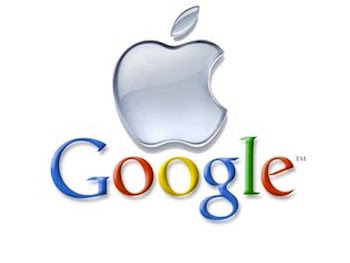 Google Inc. is an American multinational corporation, which has become extremely dominant on the internet. It offers a multitude of internet related services, but it rose to popularity because of its search engine. Apple Inc., on the other hand, is the American giant, which is well-known for its consumer electronics, particularly the iPhone smartphone. It is the second largest information technology company of the world. However, the prospects of Google Inc. haven’t looked so promising since before the iPhone had been launched. The shares of Google Inc. are now being traded at a 25 times profit and achieved a record high yesterday.
According to the data gathered by Bloomberg, the price-to-earnings ratio of Apple was only 10. Since June of 2005, this is the widest gap to occur between the two companies. This was two years before the competition between the two companies intensified. In comparison to Apple Inc., investors are willing to pay more for every dollar of the earnings of Google amidst the optimism that the company will get even more share of the total $37.3 billion, which is spent by companies for reaching their target web audience. Currently, 40% of the US online advertising market is being controlled by Google Inc.
Apart from that, another plus point for Google is its alliance with Samsung Electronics that aids it in gaining a greater share in mobile software. This is boosting the competitive threat on Apple and increasing pressure on the company. Shareholders are now waiting to see a big product launch from the iPhone maker. According to an analyst, Apple has had success only in terms of devices, but the company that has benefited from each growth of the internet i.e. social, local, video, display advertising or mobile and that is Google Inc. In the last 12 months, the share price of Google has increased by 35% and its share price was $838.60 yesterday, in New York.
In contrast, Apple Inc. has undergone a 21% decline in the past twelve months and its share price was $431.14. However, the market capitalization of Apple Inc. is still higher than that of Google Inc. The difference is about $100 billion. For now, Apple Inc. is the most valuable company of the world, while the second position belongs to Exxon Mobil Corp and Google retains the third. A lead has been extended in Web Search and smartphone market by the company, under the Larry Page, the Chief Executive Officer of Google Inc.
The internet giant commands 70% of the smartphone software market while it has 67% of the search engine market. In this manner, two big shifts are helping the Mountain View, California based company; the move towards digital advertising and the boom in smartphones and tablets. As opposed to it, Apple Inc. has to bear with slower growth in revenue due to accelerating mobile competition by Samsung and other companies that use Google’s Android operating system and narrowing margins. The company is working to introduce new products that can help it in expanding its revenue in different technology markets.