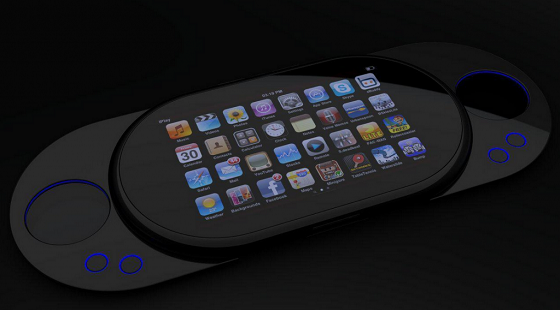 One of the most sophisticated and renowned companies in the tech world is Apple Inc. Based in Cupertino, California, this American multinational corporation revolutionized the world with its amazing and stunning products such as the iPhone, iPad, iPod and Mac computers. The company is second to none and has its hands dipped into a lot of pies. Now, it seems that Apple Inc. is making a move in the direction of the video game controllers. The company is now angling to court people who create sophisticated games and those who play them by spurring the development of game controllers for its computers and mobile devices.

New software specifications have been developed by the Silicon Valley tech giant that will help other companies in making game controllers, which will be compatible with its iPod Touches, iPhones, iPads and Macs. It was said by the company that the specifications which had been listed would ensure that all the controllers would boast consistent and proper sets of control. These elements would be such that both game makers and players would be able to rely on them. The document sent to the developers stressed that there should be ways to control the video games and that the controllers should only be used for enhancing the gameplay instead of being a requirement.

It is mentioned in the document that the related software and controller specifications will be part of the iOS 7, which is an upcoming version of the mobile operating system of Apple that was unveiled by the company at its annual developer conference on Monday. In addition, these specifications and software will also be part of the revision of the Mac operating system i.e. Mavericks or OSX 10.9. In a public presentation at the event, the plan of Apple Inc. regarding the controllers was discussed briefly in a slide. This was an indication that the controllers will be part of the company program related to licensed accessories named the MFi.

The issue was also discussed in a closed-door session at the same event. The controller defined in the Apple document is such that devices like the iPhone can be inserted into it. However, this is only possible when there will be control buttons placed on the edge of the controller and also versions that can connect to Macs and iOS powered devices wirelessly. This move by the iPhone maker for providing support to game controllers is said to be the most overt efforts of the company to invite advanced and sophisticated games to its devices.

Many gamers tend to favor controllers because they allow easier and faster commands and movements and these attributes are extremely helpful in sports games and combat. In regard to traditional videogame consoles like Sony Corp’s PlayStation and Microsoft’s Corp, they are said to be a hallmark. Some game makers have tried to build games that would require controller buttons, but the attempts haven’t been very successful. This strategy of Apple can aid the company in improving its position against the devices that are powered by Google’s Android operating system.