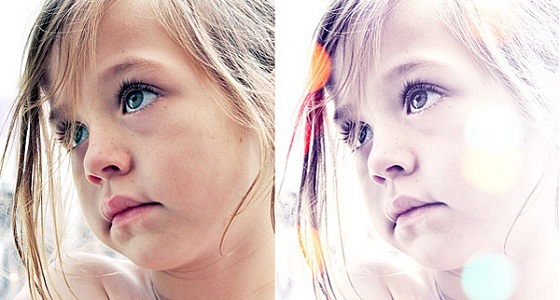 Taking photographs has become easily, simple and fun, all thanks to the digital revolution. With the advent of digital cameras, a large number of people habitually take photos of every special moment to keep it safe in their memory and hearts. Because of this extremely cost effective option of going digital, photography is becoming a hobby of a number of people and its craze is spreading far and wide. The problem with traditional cameras is that their film is rather expensive and can be wasted when rolls are never developed and simply sit in a drawer. With a digital camera, the cost of taking one or thousand pictures is the same.
Apart from that, digital photography has also given people the option of editing their photos and giving them a personal touch. What’s more is that when people choose to add effects to photos, they can make them funny, cool or simple, depending on their preference and the effect they use. It is quite easy to make creative pictures and add a fun feature to them. Here are some common and fun effects that anyone can use:

The entire look of your photo can be changed with this dramatic feature. Instead of going for the traditional black and white tint that are used by people, this photo effect can be used for choosing between several colors like green, sepia, pink or blueish tint and even a yellow one to add flair to your photograph and make the photograph funny.

Sometimes your pictures can be marred by strangers or the background. In this case, cool photo effects such as blurring can be used to blot out the unwanted people or object. When people look at your photo, their eye will be focused on the central character. Instead of detracting from your shot, depth is added to your photo with the fuzziness.

When you are looking to add fun and clever photo effects to your pictures, this is an ideal way to do it. You can simply put words in the mouth of your loved ones with this smart feature. People can think of short words or even use adjectives or other funny lines for describing the subject or commenting on something.

When they want to add effects to photos, another idea that people can use is adding torn or black borders. This is useful when people are adding photos of children or pets or a black and white photo of someone. Pre-printed borders can also be added to photographs. A variety of themed borders are available to people such as sunflowers, beach, stars, animals and garden.

When you wish to add emphasis, they can even highlight one feature in their picture. Putting black triangles around the edges of the photos is another of the meaningful and cool photo effects that people can use. These are reminiscent of the good old scrapbook days.

With the help of these simple yet cool effects, the snapshot will be perished by people.