Windows 8.1 For Smooth Transition From Tablets to PCs 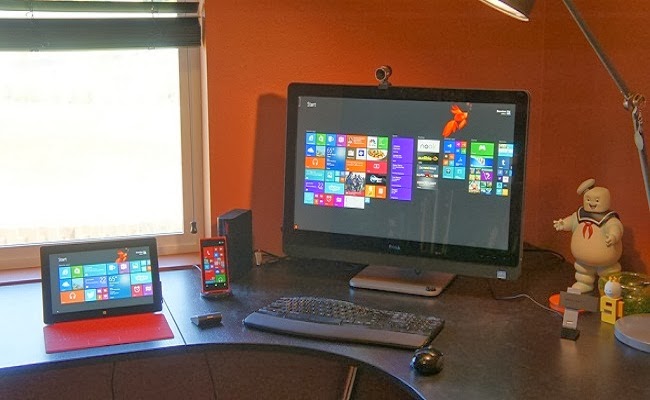 Microsoft has finally released its much-awaited upgrade Windows 8.1 and it is now available as a free download. When it came out last October, Windows 8 had attempted to bridge the gap between tablet computers and PCs and the dual worlds are still an important feature of the recent upgrade by the company to its operating system. On one side, the upgraded OS features a touch-enabled tile interface that resembles the one existing in tablets. On the other hand, the mouse and keyboard still reign on the desktop mode of the OS. As far as touch-based apps are concerned, some unique finger and gesture friendly shortcuts have been added.

This has helped in restoring the respect that a billion users of PCs have become used to. Current owners of Windows 8 can update their OS to 8.1 free of charge and it can be obtained from the Windows app store. Computers having pre-installed Windows 8.1 will go on sale very soon and so will the stand-alone copies of the OS. Changes made in the operating system range from improved functionality to cosmetics.

The desktop mode brings back the start button although it’s not the same as the way it was before the introduction of Windows 8. Now, a single tap on the button can flip users back to the file interface from where they can select programs by tapping or clicking the tiles. Important settings like Control Panel can be opened with the help of a long press. It is also possible for users to bypass the tiles for a while and keep the machine operating in desktop mode.

Having the standard QWERTY layout, the onscreen keyboard now offers users the ability of typing punctuation marks or numbers by swiping away or up from some keys and this eliminates the need for people to toggle between the alphabetic and numeric layout. The suggested word midstreams can also be used for choosing words by using taps or side swaps on the virtual spacebar. People can also get a response by waving in the air in front of the camera. The Windows tiles can also be moved from one spot to another by tapping or holding them. They can also be resized in any of the four options with a couple of taps.

It has also become easy to find all applications because only a swipe up is needed from the start screen.

Applications are updated in the background so people don’t have to contend with the constant reminders telling them to update applications. There is also a home screen associated with Windows 8.1, which looks amazing when used in portrait mode in screens that measure about 7 to 8 inch. People will not have to log in for taking photos from lock screen and answering Skype calls because they only have to swipe down. Also, when the screen is locked, other applications like Twitter will be able to send notifications. In addition, the new update enables users to multitask and operate four apps at the same time.

« How ANPR Increases the Chances of Recovering Stolen Vehicles
What Are the Different E-liquid Flavours You Can Buy Online? »