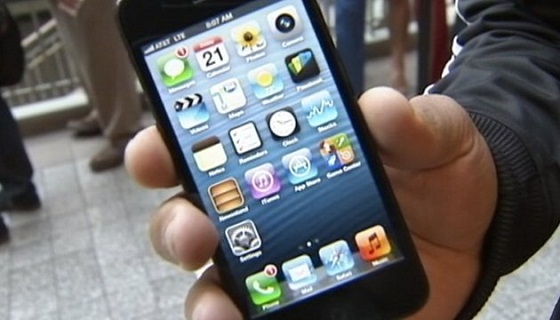 One of the most admired and respected companies in the US is Apple Inc. This American multinational corporation has its headquarters in Cupertino, California. It is currently the second largest information technology company of the world and the third largest mobile phone vendor. The company is renowned for its innovation and has launched various popular products like the iPod and Mac computers. However, the most successful element of its product line is the iPhone. The company launched the first model in 2007 and introduced the concept of smartphone. Since then, it has released several generations of the phone. The fifth one, iPhone 5 was introduced last year in September.

There have been considerable rumors and speculation that the company will be launching the iPhone 5S this year. Therefore, it doesn’t come as a surprise when the company confirmed that its next iPhone unveiling will be held at its headquarters on September 10th. However, an additional rumor indicates that the iPhone maker will also unveil a lower cost iPhone, which will be less powerful and will be known as iPhone 5C. It is said that this device will be available in a bevy of colors. The invitation shows off a variety of colors and promises that everyone’s day will be brightened up.

It is said that both of these new devices would be shipping the latest mobile operating system of the company. This is called the iOS7, which the company unveiled in June at its annual Worldwide Developers Conference (WWDC). Apart from this invite, the company also sent one to Chinese journalists and publications for a follow-up event that would occur on September 11th. Speculation is dictating that the cheaper version of the iPhone would appeal to individuals who are currently using the older version of the iPhone. These devices are from the previous generations and therefore generate lower margins as compared to the current flagship iPhone.

It was announced by the tech company that in the second quarter, the company had managed to sell around 31.2 million phones. Sales of the iPhone 4 and the 4S remained strong throughout this quarter. Photos of the upcoming devices were also leaked and boasted a polycarbonate backed and budget friendly iPhone that’s available in a myriad of colors. Many have assumed that the C in the iPhone 5C stands for the word color. Meanwhile, the iPhone 5S is said to look like the iPhone 5 but will have updated material hardware and will be available in champagne and gold color.

The usual complement of improvements will be found in the device such as an enhanced camera and processor. However, it has been indicated by some reports that the phone will boast added security in the form of a fingerprint scanner, which can be accessed through the home button. Also, there are likely chances that the low-budget iPhone is targeting the China market, which is why the company is holding an individual event there. Nonetheless, people have their fingers crossed for the event that will be held after the unveiling of Samsung’s devices.