Were There Vampires? A Burial Site with Suspected Vampire Skeletons Discovered in Poland 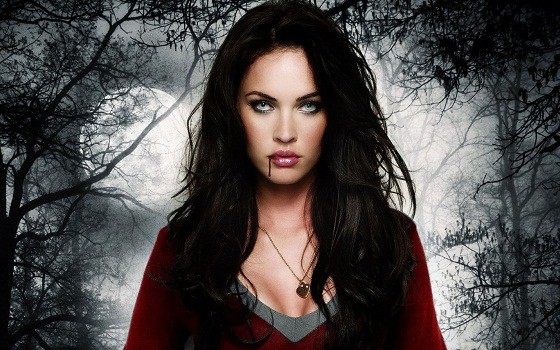 As per the media reports, after archaeologists unveiled an ancient grave at highway construction location near Gliwice, Poland, a scary scene from a horror film was found; it was a suspected vampire burial with around seventeen skeletons buried with skulls detached and placed between hands or knees. According to the archaeologists, this was how vampires were interred, so they cannot rise from the dead again.

Construction workers who were constructing a road this month near Gliwice in southern Poland saw 4 skeletons buried in a weird way. The skulls were cut off and put between the hands or knees of dead. Later, 13 more skeletons were found arranged in the same way. What was adding to maystery was the fact that there were nothing on the bodies — no remains of coins or clothing, jewelry, not even a single button. 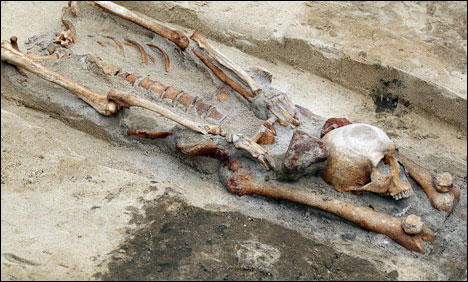 Archaeologists believe that these bodies are from fifteenth or sixteenth centuries, when fear of vampires was pretty common in the Eastern Europe. An archaeologist, Lukasz Obtulowicz, who works in monument protection office nearby Katowice, stated that there are clear signs that this place was the location of a vampire burial, seeing that the stones were placed on skulls. As per him, these arrangements were made only to prevent vampires from getting back to life.

The chief archeologist of office, Jacek Pierzak, told Dziennik Zachodni, the Polish newspaper that it used to be one of most common kinds of burying the vampires. It cannot be ignored that the found dead had been executed, because the location lies very close to the place where a gallows once stood. So far, forty-three graves were unearthed here, and historians are hoping to learn some more details regarding the skeletons after they have studied the church logs and court files on executions.

Skeletons are now being removed for tests, so their age along with the possible death causes can be ascertained. Archaeologists, in 2012, found two medieval skeletons in Bulgaria that were pierced through chest with the iron rods, which is said to be another known way of preventing vampires from rising again and feeding on the living.