Report: BlackBerry Cuts Down Z10, Q10 Production by Half! 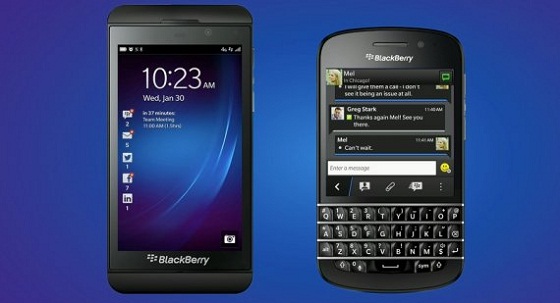 BlackBerry Ltd. is one of the players in the huge smartphone market that has taken the technology industry by a force. Previously known as Research in Motion Ltd, the company is based in Waterloo, Ontario and is the manufacturer of the BlackBerry smartphones. There was a time when these smartphones were highly coveted by patrons in the market, especially those looking for business phones. However, the launch of the iconic iPhone in 2007 seemed to be the bearer of bad news for the Canadian company. The iPhone marked the beginning of the smartphone era that spread far and wide and replaced regular mobile phones.

With the introduction of the Android Operating System of Google, more and more firms entered the smartphone market and ate up market share of other struggling companies. BlackBerry was one of those victims and it lost a lot of ground to the likes of Apple and Samsung, as did Nokia. Things seemed to be getting worse for the company and it started losing its loyal customer base. Therefore, it decided to delve into the smartphone market itself and introduced its make or break line in January of this year with the launch of the Z10. That’s when it also changed its name to represent its name.

However, the phone did not managed to make much impact in the market as there was too much competition. The Z10 had been a complete touch phone that had been launched to meet the demand of the market. The company then introduced another smartphone called the Q10 that was also based on its latest system. This was more like a typical BlackBerry phone, boasting the QWERTY keyboard that BlackBerry customers love. Although it fared well, but not well enough it seems. Recently, the company made the announcement of its quarterly results that caused its share price to plummet to dangerous levels.

This is due to the fact that the figures have completely missed out the market estimates and the predictions of the analysts, combined with the dismal reception of its smartphones. According to an analyst at Jeffries and Co, Peter Misek, the production of the Z10 and the Q10 has been reduced by half by the Canadian manufacturer. Previously, the company had been producing two million units of the smartphones, but the latest orders indicate that the company is planning to produce only 1 million units combined of both the smartphones.

The analyst also stated that he was surprised to learn that the company had made build plans in May despite the lackluster sales of its devices. That month, it had been rumored that the company had increased the production of the devices because of increased consumer demand. However, it is quite evident that the Blackberry Z10 and the Q10 aren’t good enough to turn the company’s fortunes around. The company is planning to launch a new OS7 device in various markets, especially in areas where the purchasing power of people doesn’t allow them to get the Z10 or Q10. The company is also working on a tablet that is expected in the next couple of months.