Nintendo Fans May Have a Long Wait 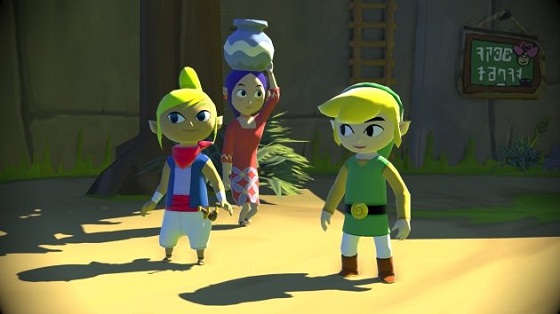 One of the renowned names in the gaming world is that of Nintendo. Headquartered in Kyoto, Japan, Nintendo is a Japanese multinational consumer electronics company that gained popularity in the gaming world because of its console Wii. Competitors like Sony and Microsoft were pushed back when the company launched this console a few years back. However, recently, in the light of new console releases from its rivals, Nintendo has been suffering from a loss in popularity. The company attempted to gain this lost ground by launching its eighth generation console ahead of the two gaming giants. It launched the Wii U in November of 2012, but was still faced with immense disappointment.

Nevertheless, the company had announced that it would be launching new games on its console in order to make it attractive to its fans. However, as it turns out, the fans may have to wait for a long while before they can actually get their hands on the games. The company has retreated from the bright lights of the E3 and used a low-key web cast to inform its followers that some of the major games it was launching have been delayed until the end of 2013 while others will not be seen in the market until spring of 2014.

Satoru Iwata, the president of the company admitted in the Nintendo direct broadcast that the next title of Wii Fit that was especially being developed for the Wii U has been delayed and will be introduced in December, although it had an initial release data in summer of this year. Wii party U was another title that was supposed to be released soon, but it has also been put off because according to the company, its developers would need more time to work on the game. The games revealed at the E3 by the company have shown strong effort as they have characters bound to interest everyone.

However, the only downside is that the games will require serious patience on the part of people. Amongst some of the highly awaited returns that will be made by the company include titles like Super Mario 3D, Zelda, Mega Man and Mario Kart 8 and X, which is a new title. Nonetheless, the last thing that the company needs is delays and distant releases of games because of the poor sales experienced by the Wii U. The sales have been below expectations since the start and the announcement of consoles from its competitors can also impact sales.

The predicament is even riskier because of the processor of the console. Instead of the platform used in the upcoming consoles of Sony and Microsoft, it is an oddball. Therefore, there is a very strong possibility that a third party developer may refuse to code for the console, unless it gains popularity from the first party games. In addition, this delay in games might not suit the fans of Nintendo so much and they may become interested in the PlayStation 4 by Sony Corp that made some waves at the E3 conference.