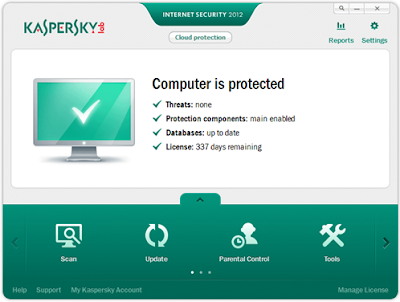 Kaspersky Internet security 2012 works with all Windows Systems, like XP, Vista and Windows 7. It also has a Mac version that gives strong protection against malicious software and other threats targeted at this OS.

Kaspersky has been tested by the world’s leading test labs, such as Virus Bulletin, AV-Comparatives and AV-Test. The overall test results show that Kaspersky was the 3rd only to BitDefender Internet Security and Norton Internet Security. Its best achievement was a 98.2 percent defense score on the test of AV-Comparatives and it won an Advanced+ award.

Below are some of the pros and cons in the Kaspersky which you should know before you download this program:

OnZineArticles.com is an online blog determined to help people with tips and suggestions on almost everything. In addition, OnZineArticles.com is open to authors, writers who either want to share their opinions, ideas, opinions, observations and experiences with others, or want to submit articles to create back links to theirs or their clients' websites. Submitted articles must adhere to the OnZineArticles.com's editorial guidelines and policies.
View all posts by Onzine Articles →
« Review of Norton Internet Security 2012
Review of ESET Smart Security 5 »