What Hopes Great Britain Has In Olympic Games 2012? 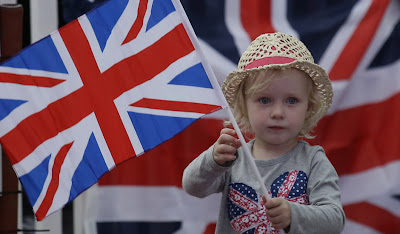 Of course, it is not easy to host Olympic Games and you need resources to accommodate all that happens in Olympic Games. Only London has the honor to host the Olympic Games 3 times. Current Olympic Games 2012 have been held in London once again and this time the hopes are high for British people. Looking at Britain’s profile, you expect big things and a lot of gold medals from it. It must be noted that Great Britain has always won at least one gold medal every time it has appeared in Olympic Games. Now that Britain has appeared in all the Olympic Games, hosted them 3 times and won medals in almost all the games, it becomes a demand from the nation to expect more from its athletes. But will British athletes be able to make their fans’ wishes come true?

Since the beginning, Britain has been renowned for producing the best rowers. Steve Redgrave is the name of one of the best rowers of all time and he was from the Great Britain. Steve appeared five times in Olympics and guess how many gold medals he won? Yes, he won a gold medal in every appearance he made. If you look at the history, you will find out that there are several athletes from Britain who won back to back medals. The mayor of London Boris Johnson gave a speech to urge his players before the games to do something big. He did this by asking the players to defeat Australia in the race of medals. However, looking at the current medal chart, things are looking very disappointing for the Mayor and all British people. China is topping the chart with 23 medals in total including the highest 13 gold medals.

What’s happening down there at number 13 on the chart? Well, what do you know, it’s Australia on number 13 but does that indicate something important? Yes, it does. To see the important part you need to move down one step and look at number 14. We have Great Britain at number 14 with just one gold medal so far. As mentioned above, Britain has been known for rowing and once again it was the rowers who have brought luck and gold medal for the Great Britain. Gold medal won by the rowers is the only gold medal for Britain by now with 2 silver medals and 3 bronze. Britain has athletes taking part in most of the games so we can see a rise in the number of medals as we move on but would that be enough to beat Australia?

Read more on Olympic Games by logging on to OnzineArticles.